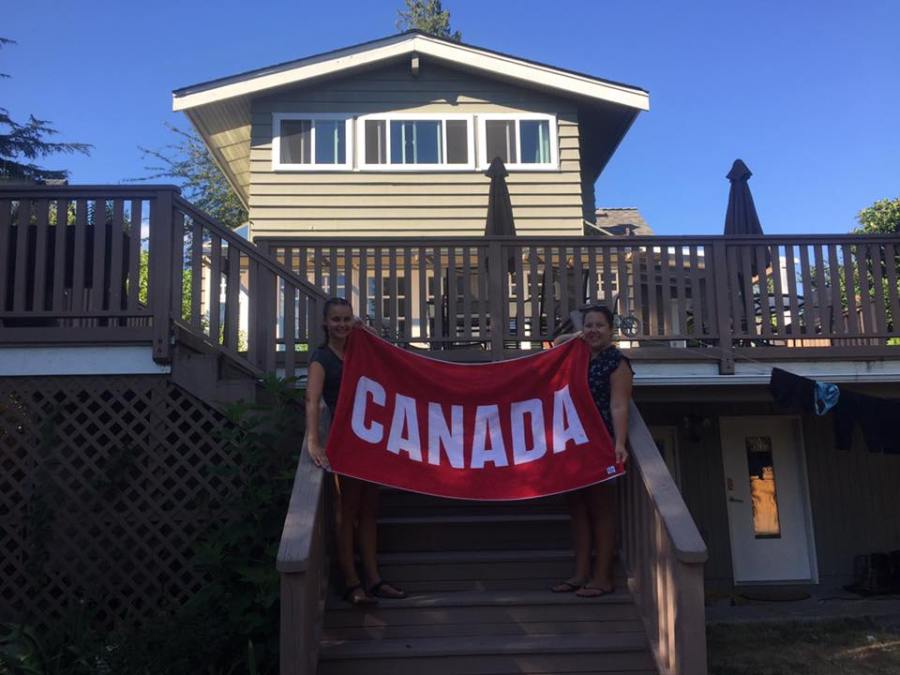 Family is a big deal to me. Not just my parents and my older brother, but my cousins, aunties, uncles, grandparents, great aunties/uncles, 3rd cousins, even family only related by marriage and not blood. I could surround myself with family every day of the week (although some family members I’m happy with once a year visits only hehe).

When I think of family, I think of Christmas. My cousins and I grew up spending every Christmas at my Nana and Poppas house at ‘the beach’ in New Zealand, where we were totally spoilt with presents from Nana and Poppa (and you always knew Poppa had no idea what was inside), eating FAR too much (I’m talking about you in particular Katie…) and playing “the game” (inside family joke). I never missed a Christmas at ‘the beach’ (simply called the beach and everyone knew where that was); that was until I moved to Hawaii in August 2014 to live permanently. It was my first ever Christmas away from NZ and I didn’t quite know what I was going to do.

On a whim, I found cheap flights to Vancouver, Canada and thought about visiting my cousin Anna in Whistler over the holiday period. After approval from my manager at work, I was all set for my first ever white Christmas! (more on what I got up to later..)

Fast forward to 2017, where I have quit my job to go traveling and my first stop is back to Vancouver. My original plan was to purchase a campervan to travel in, and because a large number of people finish their travels in Vancouver/Whistler, I thought this would be a good place to search for one. Alas, my travel plans changed and instead I decided to travel the old fashioned way (buses, trains, planes, rental cars) while still going to all the main places I had originally planned to go. If you want to follow my travels, and my recommendations/favorite things I did in each place, subscribe to my blog! It’s on the bottom of this page (I think/hope) and you’ll get an email every time I post something new. Anywho, back to Vancouver…

While I only got a week in Whistler in 2014, I managed to stay with my friend Raechel in Vancouver for almost 3 weeks in 2017 (longer than I intended, sorry again Rae!). Staying with locals, meant I got to see and do a number of things that weren’t on my tourist radar for the area. Without further ado, here are my top recommendations for things to do in the Vancouver and Whistler area, both in summer and winter.

Pretty sure this is on the top of everyone’s lists when visiting Vancouver. And for great reason. Stanley Park is about one-fifth larger than NYC’s Central Park, and you don’t have all those annoying Americans around (I kid, I kid). Tip: make sure you go anti-clockwise around the park. Some parts are two ways but they quickly go to one way, and then you’ve just wasted time going the wrong way (trust me on this one, we got yelled at A LOT when we went the wrong way).

Deep Cove is a beautiful little seaside town and the Quarry Hike is a short and somewhat easy hike through the woods (mostly with stairs) to an amazing viewpoint on a rock looking over the entire area. The honey doughnuts from Honey Doughnuts (ha, what a great name) are locally famous and DELICIOUS. Tip: don’t be tempted by the other flavors of doughnuts. The honey ones are the best (trust me, we tried all of them just to be sure!).

Kudos to my friend Catherine for meeting me to do this when she was hungover and had had about four hours of sleep – you the real MVP! But seriously, False Creek and all the way out to English Bay is a beautiful area to explore. Tip: there’s a little inlet of water behind Ron Basford Park on Granville Island that’s nice to swim in. The rest of the water along the canals looks dirty and yuck, but this area seems cleaner. A nice refreshing way to finish your workout.

In winter, this mountain is a ski field. In summer, a play area for hikers. Drive all the way up the mountain until you find the parking area and head to the left of the chairlift to start the hike. Tip: make lots of noise on this hike as bears are supposedly around.. not that I saw any 😦

We were luckily enough to find this awesome little night market as it’s right opposite my friends mums house. While a little off the beaten track in North Van, the seabus from Downtown goes right there every 15 mins (and only costs $2.50 ish). It’s worth it for the amazing array of food available. P.s. this market only happens in summer. Tip: the fish in the fish and chips at any food truck is MASSIVE. Don’t pay the extra for two pieces unless you have someone to share it with!

I’m not going to lie; this hike is tough. It takes about an hour (less if you’re fitter than me which isn’t hard) to get to the top and it’s nonstop uphill. With LOTS of stairs. Stairs kill my legs instantly, so this hike was particularly hard; but it was completely worth it (as cliché as it sounds). The photos really do speak for themselves… Side note: for anyone who has done Koko Head in Hawaii: this hike is just as hard, but twice as long. However, it is fully shaded almost the entire way so at least the sun isn’t beating down on you! Tip: not recommended for people afraid of heights. Oh and there’s chipmunks at the top!! My first ever time seeing a chipmunk 🙂 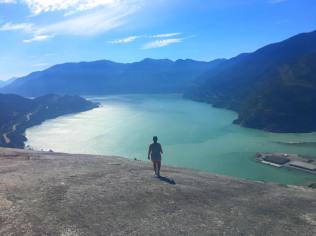 The view up the top of the Chief hike 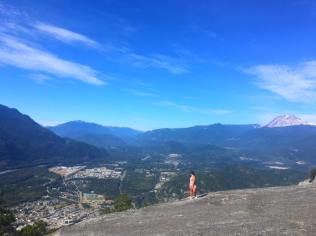 Pretty much like a small music festival, in the fact that there’s drug smells lingering, everyone is a sweaty mess, wearing very little clothing, and you get taken away in the beat. My favorite part? Seeing businessmen who have come straight from work and are lighting up joints in the background. Tip: go for sunset for a prime viewing spot.

Skip Capilano Suspension Bridge and head to Lynn Canyon instead

As most people know, I’m pretty cheap. I don’t like spending more than $20 on anythingggg.. When I found out Capilano Suspension Bridge costs $45 to go over, I said HECK NO. Instead some friends and I went to Lynn Canyon suspension bridge which is free to go, and has some really awesome swimming spots. Tip: head to the area where it says “no cliff jumping” and swim between the trenches to the waterfall at the back. P.s. Even in summer the water is FREEZING COLD so be warned!

Hit the slopes at Whistler Mountain, and experience the Peak to Peak Gondola

Whether you ski, snowboard, or simply slide down a hill on a plastic bag (true story), Whistler Mountain is the place to be. The Peak to Peak Gondola between the two mountains is truly an incredible experience; this can be done in summer too but I seriously recommend winter time. It may be colder, but the snow on the hills is breathtakingly beautiful. Tip: everyone hits the bars in the village after a day on the mountain – “apres ski beer”.

Vancouver and Whistler were home to the winter Olympics in 2010 and because of it, there are a number of cool things left behind. For example: the famous Olympic ring statue right in front of an ice skating rink in Whistler. Another one can be seen later in this post… Tip: ice skating is easier than it looks! I had never done it before and didn’t fall over once. Take it nice and slow and pick up momentum as you get a good feel for it.

Ski on a frozen lake

Because, why the heck not?! Still one of the coolest things to date even though I didn’t really “ski” but just pushed myself along with my poles… And was terrified the ice was going to crack at any point. But seriously, it’s such a cool thing to do! Tip: go with people you trust. I had my cousin and her husband guiding me on this and made sure my cousin went first.. just incase!

Either summer or winter (or both!)

The Sea to Sky Highway was built to withstand all the extra visitors to the area for the Winter Olympics in 2010 and is my number one favorite view in the world… I’m not exaggerating. Both in winter and summer it is DIVINE. I drove it probably about 11 times this last trip alone and I was still mesmerized each time. Tip: there’s not a lot of stopping/viewing areas so photos along the way will have to suffice.

What’s a visit to Canada without the world famous poutine right?! I tried it for the first time on my 2014 visit (from the infamous Pogs in Whistler) and quite frankly, wasn’t hugely impressed. Roll on 2017 and I had to have it again to see if it could redeem itself, and it did! From the Shipyards Night Market I mentioned earlier, I got jerk chicken poutine and damn, it was astonishing. Tip: Poutine in its simplest form is fries with gravy and cheese curds drizzled on top. I would highly recommend adding some sort of meat on top so it’s not just some soggy fries..

The first clock ever invented to run on steam. It’s cooler than it sounds, I promise! Every quarter hour it makes a pretty cool sound as well as every hour. Tip: plan it so you’re there on the hour.

Stock up on some goodies at the Granville Island Market

I love markets. Any type of market. But preferably food markets. And preferably ones with free samples. Enter: the Granville Island Market. A foodies haven, with fruit stacked so incredibly high that I can’t believe it doesn’t topple over. Tip: don’t make the same mistake I did and not  take anything sweet home with you… you’ll regret it for life (still salty weeks later) 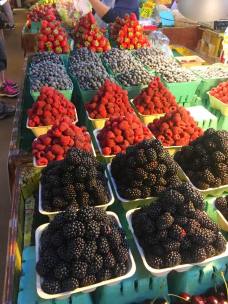 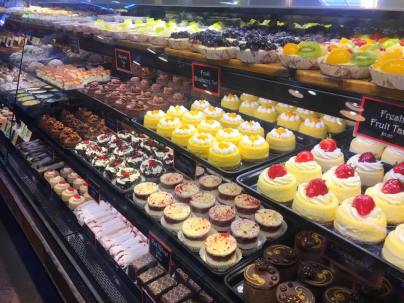 … minus the whole ‘collapsing bridge’ part! A stunning bridge which overlooks both sides of Vancouver and all the way to Vancouver Island. Tip: this bridge is walkable also, and approximately 30mins one way.

And last but not least, be a real Canadian and get Tim Hortons (aka Timmys)

Home of the delectable iced capps, and the famous TimBits, a visit to Timmys is an absolute must (once a day would be even better). Their bagels with cream cheese are second to none, especially their maple bagel which is topped with cinnamon. Mmmm. Tip: they give free broken TimBits for your kids/dogs.

I hope this detailed article on visiting Vancouver was helpful and please let me know if you think I missed the mark on anything!

40 thoughts on “Canada eh? Summer vs Winter in Vancouver and Whistler”